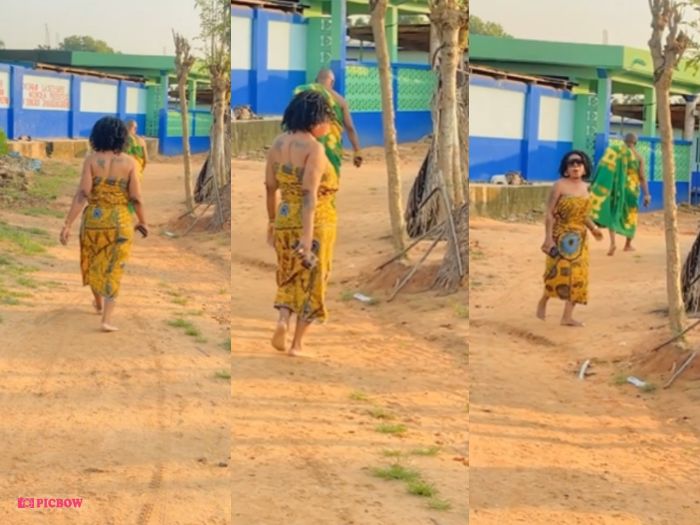 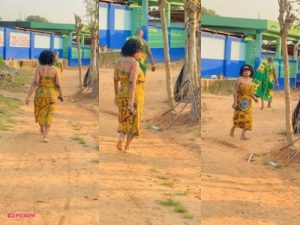 Afia Schwarzenegger is currently out of the country, yet she continues to stir up controversy on social media!

Afia Schwar posted a video of herself in a bound cloth accompanying Togbe Nogokpo to his temple for ceremonies.

According to Afia, she not only barks at her adversaries but also bites them, so if you thought she was joking after storming Nogokpo, this video will prove you incorrect.

She appears to be there to settle allegations that she slept with a dog. And the Nogokpo god will justify it!

Concerning her dispute with Chairman Wontumi, Afia did not elaborate on why she was there.

‘For the dummies who didn’t get the memo,’ she said on social media. I don’t play, and I don’t brag…
This nonsense has to stop… your opinion is my toilet, so flush it!!!! Good evening… I’m still working on Proverbs 30:10 I’m your typical Ashanti woman…

Except you have proof of my sleeping with a dog… Togbe Nogoko is putting an end to this…
DO NOT TRY ME!!!!’

View the video below;

Afia Schwarzenegger stormed Nogokpo yesterday. She posed alongside the signboard, uploaded it on Instagram, and added her typical threat to people she cursed just days before.