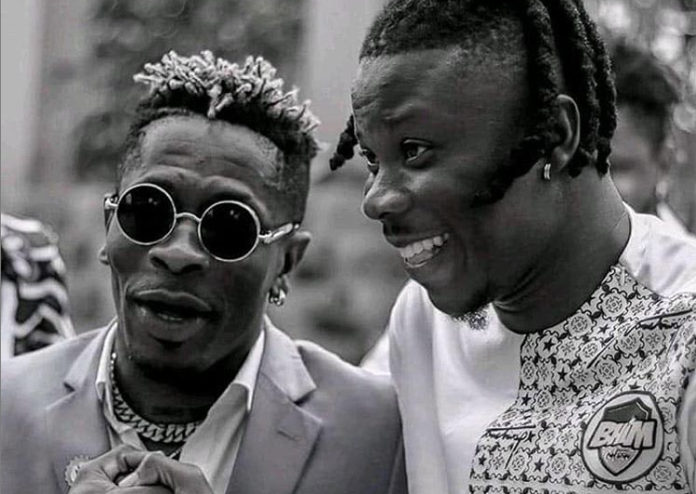 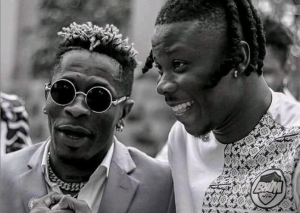 Dancehall King, Shatta Wale, has earned accolades for setting sentiments aside and confessing he is somewhat a fan of his rival, Stonebwoy.

The duo, at their reunion at Accra-based Starr FM, were spotted enjoying each other’s company to the amazement of the presenter.

Their action led the host to enquire if Shatta Wale is a fan of BHIM music, of which he responded in the affirmative.

Shatta dropped jaws even wider when he confessed his favourite BHIM song is Baafira.

The track won the BHIM president three nominations including the 2015 Ghana Music Award’s Artist of the Year and the enviable Reggae/Dancehall Song of the Year.

Stonebwoy in turn stated his favourite Shatta song is Kakai.

Meanwhile, Shatta Wale also endorsed his colleague as a potential leader for Ghana Music Rights Organisation, having witnessed his contribution to the growing music industry.