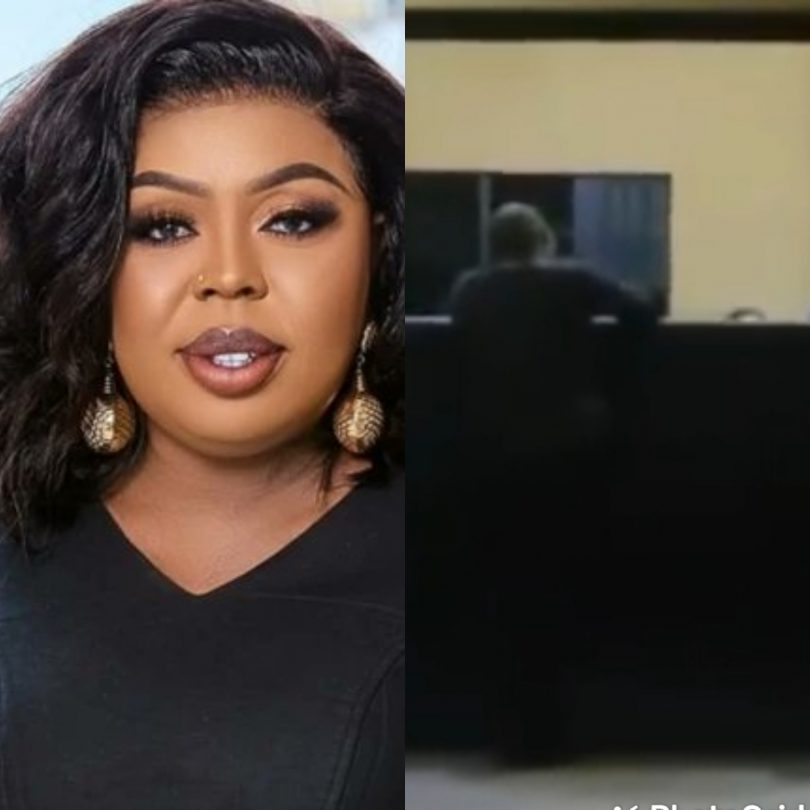 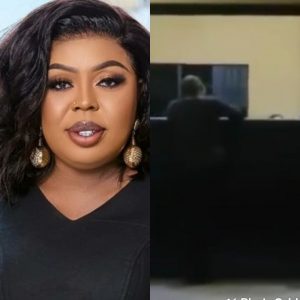 Sad video of Afia Schwar probably begging police officers to be lenient on her after she was arrested and put behind ‘counter back’ emerges.

An online video of Afia Schwarzenegger likely appealing for leniency following her detention has surfaced.

Her detention is unrelated to the ongoing dispute she has with Chairman Wontumi. Instead, she allegedly ordered expensive drinks at Honeysuckle Pub and Restaurant at Airport and refused to pay.

This information and footage were released by Nana Tornado, one of Afia’s most formidable adversaries.

ASIBOLANGA was arrested at the airport police station THIS DOWN AT 1 FOR NOT PAYING FOR A DRINK SHE BOUGHT, wrote Tornado. I Have My SetLight On You Baraaaaaa. THEIFFFFFF.

A netizen gave an other account of the events that led to her arrest, in which Afia damaged some glass at the bar while intoxicated.

She was allegedly asked to pay for the damage but refused, prompting the pub’s management to summon the police to remove her.

The whistleblower stated, “She was detained at Honeysuckle O yesterday, according to a friend who told me that she broke their glass and was asked to pay, but she refused and they called Koti on her.”