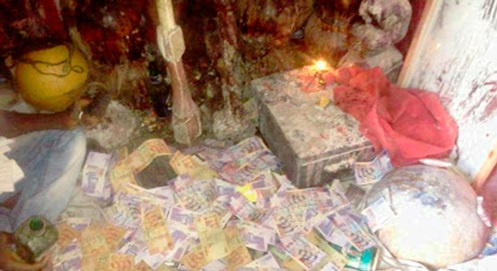 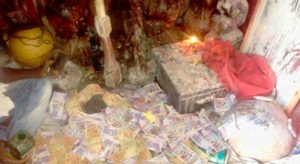 A year and a half ago I met a guy who became a friend immediately. He called me every morning and evening asking about my day and telling me he was around if I needed his help. He texted often and I responded. He called often and I called him too. One day he proposed and I asked him, “What about your girlfriend?” He asked, “What girlfriend?” I said, “The one you’re with. Why do you want to leave her and come for me?” It’s a question I often ask guys who propose to me. Not that I know their girlfriends. It’s a way for me to know about their past relationships and what happened before they broke up.

He said, “I dated a girl some years ago but things didn’t go as planned. She got pregnant for me and had a baby girl but we’ve had several issues over the years so we decided to go our separate ways.” I asked, “That means you have a child?” He said, “Yeah I’m born one.” He asked, “You don’t want to marry a guy who already has a child?” I said, “No, that’s not the issue but it’s good to know what you’re getting yourself into before you finally do.” Yeah, I was a little bit disappointed that he had a child but that wasn’t a deal-breaker for me. I decided to study him for a while and see what’s beneath that fine character.

A day or two later, I said yes to his proposal. I also told him, “I’ve said yes because I like you but I don’t want us to rush things. Let’s build this relationship slowly and steadily until we are sure of what we are getting ourselves into.” He agreed. He added, “It’s a good thing that we take our time. If I took my time with my ex, a lot of things would have become clearer before we did what we did. I’ve learned a lot from that.”

We met often. I either went to his house or he came to visit me. I remember one day, he stayed for so long in my room that he decided to sleep over. I said, “That’s dangerous.” He said, “Trust me, I won’t swallow you.” We had our bath and we both slept. At dawn, I woke up to realize that I had been swallowed in his embrace. I’m a morning person. My hormones went up but I stood firm. He slept peacefully while I enjoyed the warmth of his embrace. When morning came, I told him, “Thank you for being a gentleman.” He said, “I told you I won’t swallow you.”

Three months later, he came to me telling me about the troubles he’s facing with his daughter’s mother. His ex wanted him to pay some extra amount for the child’s upkeep when he had already paid the amount they both agreed on as the monthly allowance for the child’s upkeep. I asked him, “So what becomes of your child when we finally get married?” He asked, “Would you like her to stay with us?” I asked, “Would her mother give us peace if she comes to stay with us? He said, “Let’s leave that discussion for now. When we get to the bridge, we would cross.

Six months later, I introduced him to my senior sister and mom. My mom liked him instantly and told him; “My son, you’re part of this family now. You’re welcome here all the time.” My sister wasn’t actually enthused because he had a child. She said, “Be careful. The ex isn’t totally gone as he’s making you believe. The child can always bring them together.”

That was true but I believed my boyfriend to do the right thing. We were supposed to meet his mom one day. That meeting never happened because the mother decided to travel at the eleventh hour. One day I asked him, “Does your ex know about me? You’ve told her that you’re in a relationship?”

He answered, “Even before you came into my life, she knew I was dating.” I asked him, “You told her you were dating?” He answered, “She knows very well because I told her.” One day, he went to pick his daughter and brought her to my end. One cute girl. I liked her immediately.

We’ve been eight months in a relationship. I went to his house one evening and ended up sleeping there. At dawn, I woke up to find myself in his embrace again. He breathed on me softly and this time, my hormones couldn’t resist. When he kissed, I kissed back. When he touched, I yielded. When we woke up, I found my dross where I didn’t put it. I’ve let myself go eventually. It happened again over the week. The next week, it happened again. Three weeks later, it happened again in my room. A month later, he sent me a message, “Something happened over the week. We need to talk about it.”

I asked, “What happened, tell me.” He said, “I think I’m going to settle down with my ex.” I took a deep breath in. I asked, “What pushed you to take that decision?” He said, “My daughter. I think I have to live with her mom just for her sake” I asked, “You’ll marry the woman who gives you trouble because of your daughter?” He said, “Not that she gives me trouble ooo. Sometimes, it’s just about those little misunderstandings. Now we’ve spoken about them a lot and have decided to put those things aside and be together for the sake of our daughter.”

Another deep breath in…

“I Wish you well with her. It’s true. Your daughter needs you and her mother together.”

The following day I felt like I should visit the shrine with his name on his photo. Another day, I felt I should lure him to the edge of a cliff and push him. One night, I felt I should invite him to the last supper for both of us. A lot of thoughts on how I could repay him for the assurance he gave me through his lies. In the end, I said to myself, “It’s my own burden. I will carry it to the point where I can find healing. Three months later, I was alright. I began wearing good clothes and learned how to do my own makeup. I hated lipstick but I began putting lipstick on to hide the traces of his lying lips on my lips. I walked out thinking about those walking next to me and wondered if they could smell my perfume. One day my phone beeped. I check and it was a message from him. He said, “Can we try again?” I asked, Try what again?” He said, “I mean taking it from where we left.” I said, “I think you’re talking to the wrong person here. That girl you left didn’t make it here alive. She died! This one here isn’t ready to be your fool again. I’m done.