About a week ago it has been Richard Appiah, the murder suspect of Sunyani Abesim who has buzzed in the news and he is continuing this week too.

Another headline is trending on this week about Richard Appiah and it reports that his close friend has something for the public.

He reports that, Richard Appiah has over ten (10) taxis and uncompleted huge storey building.

Check Also Boyfriend and Girlfriend k!lls themselves because their parents disallowed their marriage (Photos)

Nyame Noah poured out this information talking on how Richard Appiah bragged to him  about his properties when he went for financial aid when he was jobless.

Noah added that, after he heard that shock news from his friend, he thought differently and later stopped being with accompany.

He asked me that, upon every one individuals in Abesim for what reason did I Nyame Noah decide to move toward him alone ?

I revealed to him that I’ve seen him driving various Taxis so I see him to be a mindful Taxi driver and a land assessor” Nyame Noah revealed.

I presumed him in light of the fact that at a point, he will pick cutlass and remain at my back. At the point when I See that, he will claim to weed. When I turn my eyes, he will be gazing me attempting to raise the cutlass once more 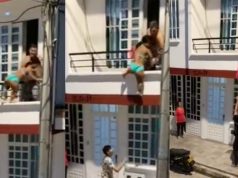 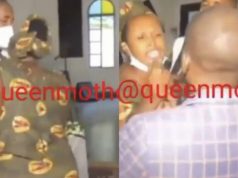