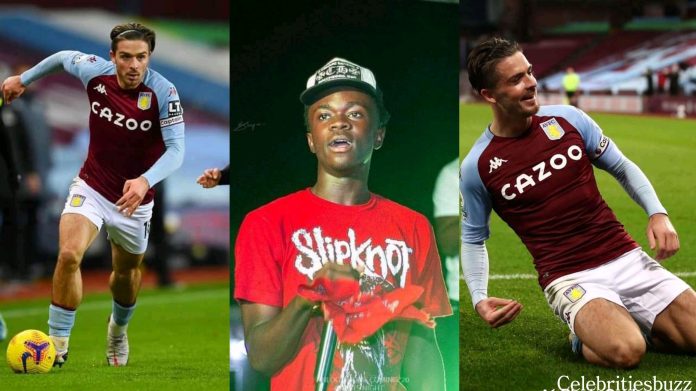 The midfielder who is currently out due to injury posted a video reel of his highlights of the season so far with an hourglass as caption which also indicates he could be back soon.

In the video reel, Grealish used the verse of UK rapper Stormzy who also featured on the Sore remix.

The remix which was released March 4 is nearing almost a million views on Youtube.

The song rode on a new wave in Kumasi where drill music popularly known as “Asakaa”was rising to prominence.

Grealish using Tog’s song is indeed a new milestone for the 17-year-old rapper who is looking forward to become a mainstay in the industry.

Subscribe to our notifications to receive the  latest Mp3 Download,  Download.  , news, gossips, and entertainment updates on your device as soon as we hit the publish button. Share this article with your friends, families, and loved ones on the various social media platforms. Thank you!.